You have an inactive comic book subscription. Click here to activate.
You have started a singles trade-in. It currently has 0 items with a credit total of $.00. Click here to submit.
Titles coming soon 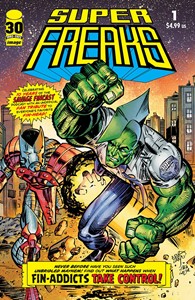 "WHEN FIN-ADDICTS TAKE CONTROL!" Celebrating 10 years of the Savage FINcast podcast with an official fan tribute to everyone's favorite Fin-Head! SAVAGE DRAGON fans unite to produce one of the wildest comics ever created! It's crude! It's rude! It's hilarious! It's the most offbeat, off-the-wall... 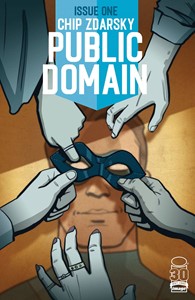 Syd Dallas is responsible for pop culture's greatest hero: THE DOMAIN! But his sons Miles and David have a complicated relationship with both the creation and their creator. Can they convince their dad to fight for their family's legacy? 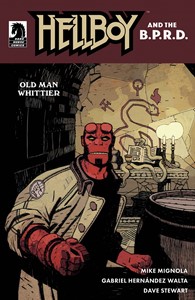 Hellboy and the BPRD: Old Man Whittier by Dark Horse

Trouble runs in the Whittier family! When Catherine Whittier learns she's inherited the family home, she knows better than to go back alone, and Hellboy's experience with the family (in Hellboy: The Whittier Legacy) makes him the perfect one to make sure any unkind spirits are rest. Because in a... 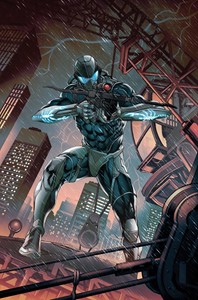 Zodiac is trying to turn over a new leaf and right the wrongs of his past. But redemption is not so easy when you've worked as an enforcer for the IRA and an assassin for an evil magician. His task is about to get much harder when he's paid a visit by a criminally insane relative who wants him back... 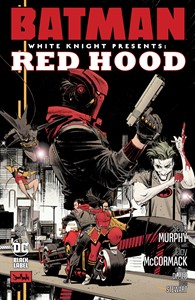 The world of Batman: White Knight continues to expand in this exciting new miniseries! With things heating up in Neo-Gotham, Jason Todd revisits his post-Robin past to find the one ally he believes will help him turn the tide in the battle against Derek Powers. Bruce Wayne is Batman. Four words that...

July 2022 Comics Up For Subscription

The entire spectrum of upcoming comic books releasing in July 2022 -- Marvel, DC, Image, and everyone else -- is up and ready for subscription. Incentives are open for bidding!

June 2022 Comics Up For Subscription

The entire spectrum of upcoming comic books releasing in June 2022 -- Marvel, DC, Image, and everyone else -- is up and ready for subscription. Incentives are open for bidding!

DC Comics from Lunar Distribution releasing in May 2022 are up and ready for subscription, and incentives are open for bidding!

Comics from March 2022 Previews are up and incentives are open for bidding! March 2022 Previews primarily covers books shipping in May 2022 from Image, Dark Horse, IDW, Boom! Studios, Dynamite Entertainment, and other independent publishers. <P> DC Comics solicitations from Lunar Distribution and Marvel Comics solicitations from Penguin Random House will be uploaded soon!

Our long-awaited shipment from Diamond Distribution is here, and comics originally intended for release on February 16 are being processed into your subscriptions. Thank you for your patience!

Our shipment of comics from Diamond Distribution for release on February 23 has arrived and is processing normally. Our shipment from last week, comics releasing February 16, is still in transit, but we expect it to arrive later this week and we will get subscriptions caught up as soon as possible. Thank you for your patience! Update: we've received the 2/16 releases and are processing them now! Release dates may look a little weird right now, so ignore those and check back at the end of the week when everything should be back to normal.

Once again, our shipment with everything except DC Comics has been delayed and we do not have a confirmed delivery date yet. We are processing this week's DC releases and this week's scheduled shipments like normal. Just like last week, we'll process the other new releases when they arrive.

The paper-product shortages have reached us, and we have run out of the comic backing boards. We do have a line on a restock, but it may be several weeks before those arrive. For now, comics will still be bagged for their protection, but will not have backing boards.

Our Diamond Comics shipment has been delayed due to severe weather. Marvel and most independent publishers are affected. As soon as our shipment arrives we'll begin processing your subscriptions, and these books will be ready for sale as soon as possible. Thank you for your patience! UPDATE: Our delayed shipment has arrived as of 2/11, and we are processing those books now.