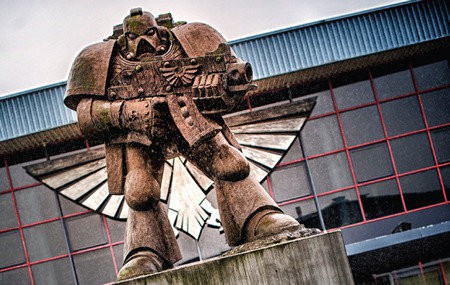 This is a narrative-focused Horus Heresy league for 8 players over the course of 8 weeks utilizing the Mournival Events-made “Decurion Mode.” In this campaign there will be two teams, Loyalists and Traitors, that will be engaging each other in small scale skirmishes to find intelligence on a clandestine project known as “the Flumix Prerogative” in the Northeastern fringes of the Ultima Segmentum, bordering the Ghoul Stars. Each week will have a different mission and different goal for each allegiance.

What is Decurion Mode?
Decurion Mode, or simply Decurion, is Horus Heresy played at a smaller scale, similar to Kill Team or other skirmish based games. Below is a document with the information you will need to construct a Decurion warband:
Link