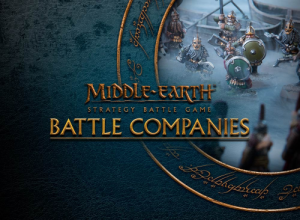 Looking to create your own narrative within Middle Earth through miniatures and dice?
Welcome to the Atomic Empire MESBG Battle Companies Summer League 2022. Note: Tuesdays will be the official game night, but players can schedule on other days as needed to make up games.

Details for games:
Games will be played as 1 v 1 with 9 games in total.
Missions will be announced for players each week from the MESBG Battle Companies second edition book.

Players must maintain the same faction through the course of the league and that faction will be submitted when players register. If a player would like to switch their faction, they will be able to do so starting at game 4.

At the event’s end (September 6th) there will be a Battle Royale between the forces of Good and Evil to end the narrative built over this summer. Each player’s Battle Companies will grow in experience, influence, and injuries leading up to this point.

This league is capped at 10 players.