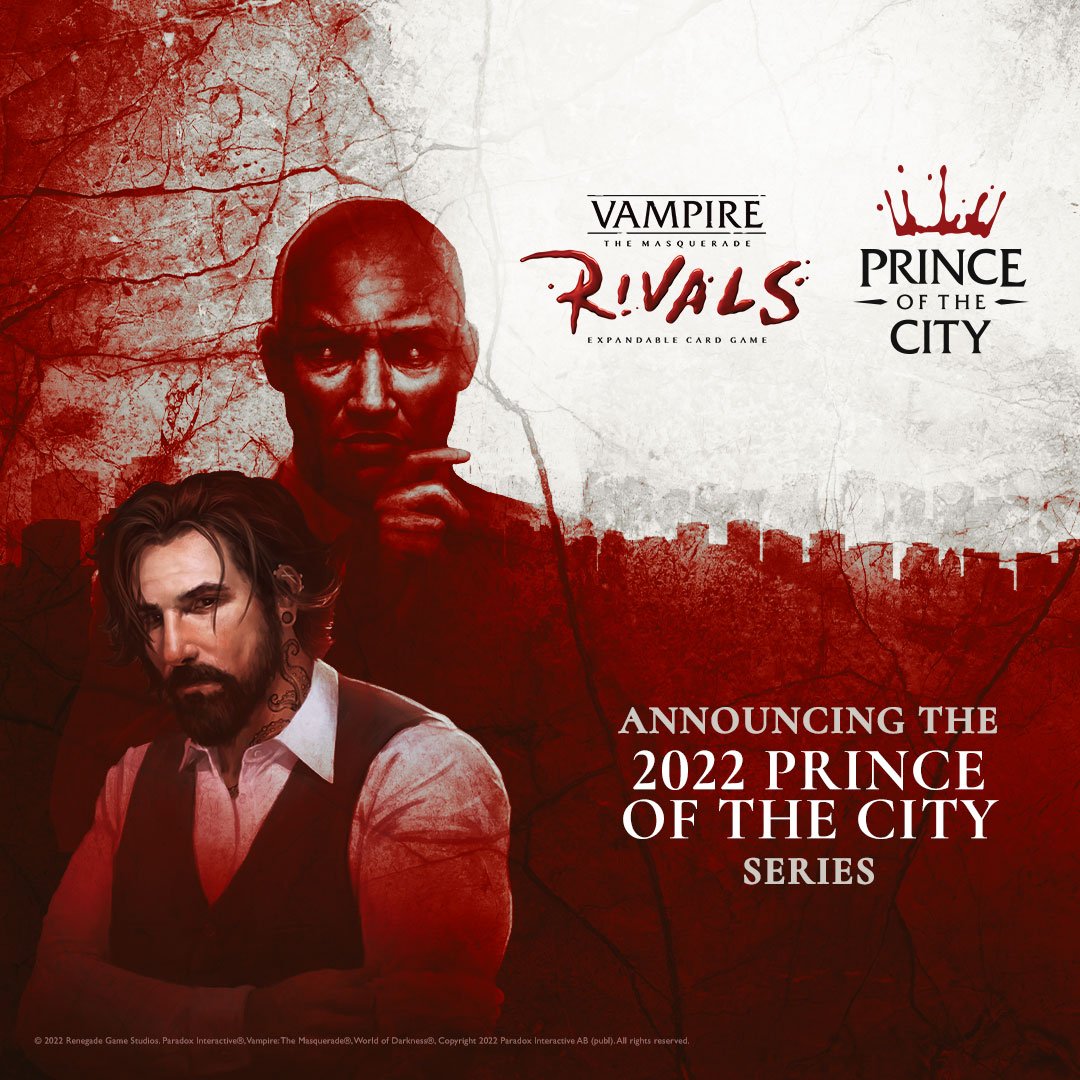 Compete to see who in Durham sucks the most...blood!
This tournament is a part of the Prince of the City Series. Each will determine control of the host city, crowning the Prince who stands tall over all opposition. Each Prince will win the best prize in gaming, an opportunity to become a part of the game, as a vampire in Vampire: The Masquerade - Rivals!

Players that fall short of that lofty goal won’t go home empty-handed however. These events represent an opportunity to win many of the prizes previously only available at the GenCon 2021 event, including:
Participation:
Registration