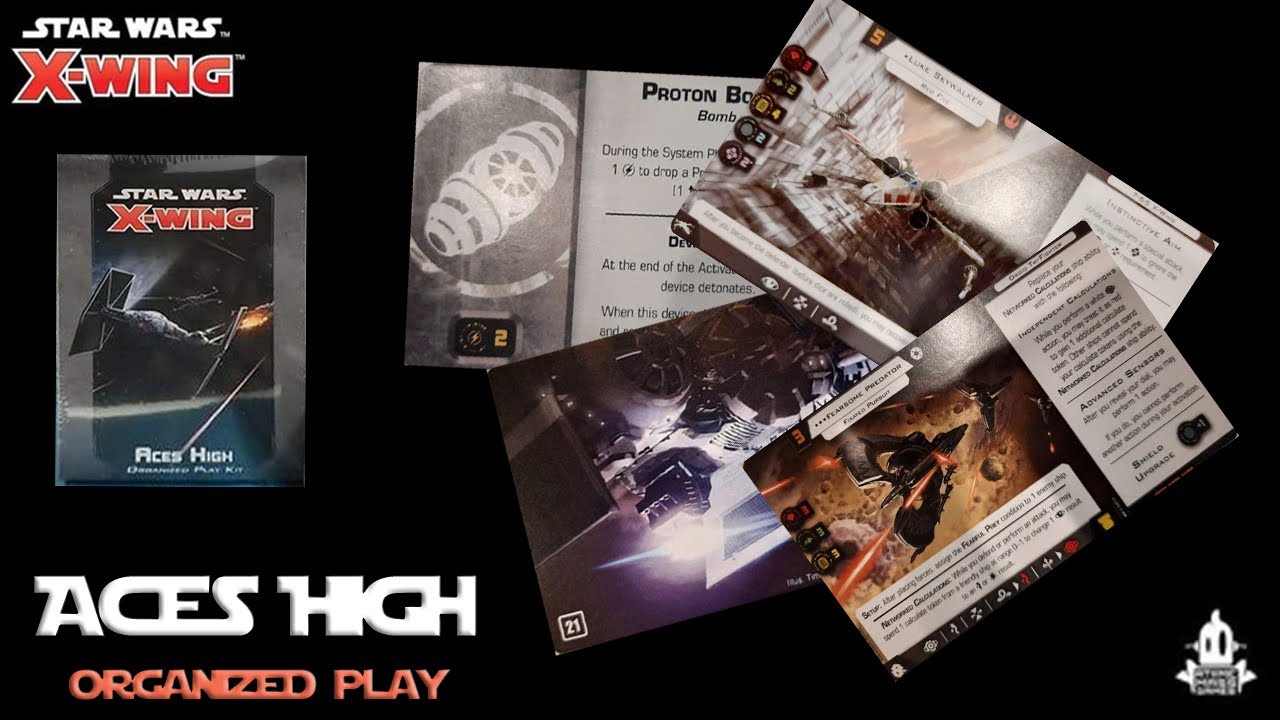 Discord: All tournament information will be in the Atomic Empire Star Wars Minis Discord channel here.

Format: This tournament will use the newest X-Wing event kit, which has quick build cards for eight different ships that players will draft then use for a series of 4-player Aces High scenario games. We will have up to two groups of eight that will determine a random order, draft their ship, then split into two random groups of four to play a 60-minute round. Players score 8, 6, 4, or 2 points depending on their final standing. For rounds two and three, the top players will be grouped.

The quick build cards have all the information so that we won't need any pilot or upgrade cards, and we'll coordinate bringing game components on Discord (ships, obstacles, etc.).

Prizes: Prizes will be from the Aces High kit and possible store credit, depending on the number of registrations.