by Andrews and McMeel 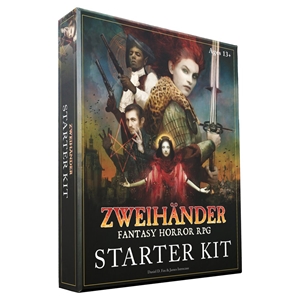 The Starter Kit is an evolution of the original ZWEIHÄNDER game, providing both new and veteran gamers with all the tools needed to play their first fantasy horror role-playing game. It's beginner-friendly, and backward compatible with the current ZWEIHÄNDER game line.