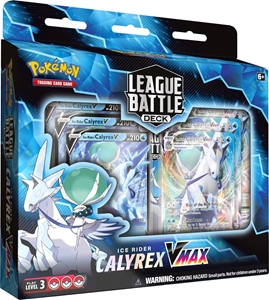 The High King Pokémon is yours in two powerful, League-ready decks for skilled Trainers and Pokémon TCG players. With a slew of cards including premium foil cards, sought-after power cards, and a well-tuned set of Pokémon and Trainer cards, League Battle Decks put together all the elements to support you in your next match!