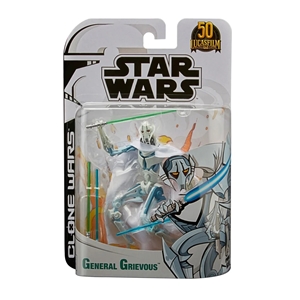 General Grievous was a brilliant Separatist military strategist and a feared Jedi hunter, known for his ruthlessness and hacking cough.