Slaine: Balor of the Evil Eye 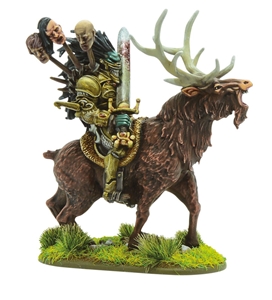 Possessed of a deadly, baleful gaze that scorched all before it, Balor was the warchief leading the Fomorian Sea Demons against their enemies in Tir Nan Og, the Earth Tribes. Often seen sat atop a ferocious war elk, Balor proved a fearsome enemy for the people of the Earth Tribes. Laying waste to swathes of the Land of the Young as they swarmed south from the icy waters of their home in Lochlann the Fomorians also allied with the Drunes against Sláine's people.