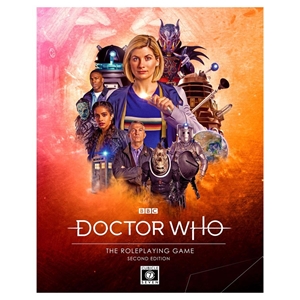 The award-winning Doctor Who: The Roleplaying Game has regenerated into a new Second Edition that is faster, easier, and even more exciting. This book presents all the rules and background you need to voyage across space and time with the Doctor, or as new characters experiencing brand new epic adventures.