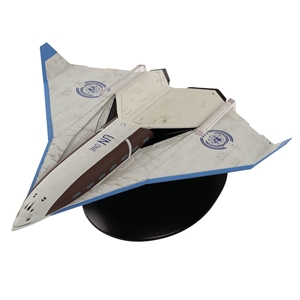 The Expanse's UN One was a unique, short-range shuttlecraft used by the Secretary-General of the United Nations. The shuttle featured a lavish cabin and could be stowed within the hangar bay of a Leonidas-class battleship. UN One was capable of atmospheric flight, and vertical take-off and landing. Its wings could be folded, allowing it to be stored in the in the hanger of larger, interplanetary vessels, such as the Leonidas-class, for transportation to other planets.