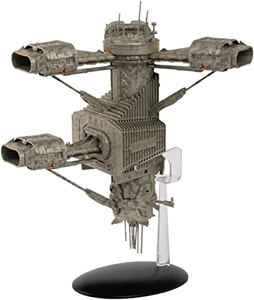 Gather iconic Star Trek ship figurines, like the the Ty’Gokor Orbital Facility Ship Figurine, and recreate your own epic adventure with our Start Trek Official Starship Collection. Replicating ships from every Star Trek TV series and movie, the Star Trek Starship Collection recreates each with incredible detail. Additionally, each ship is accompanied by a profile magazine to give you a closer look at the ship's history and lore.