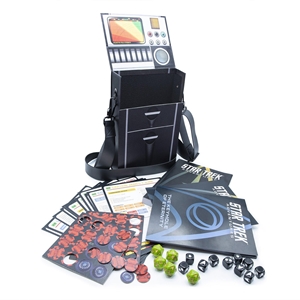 Star Trek Adventures transports you into the role of a Starfleet officer, going boldly, and exploring the final frontier, where you can create brand new characters and crew your own Starfleet vessel or play as your favorite officers from the original series! The Tricorder Collector's Boxed Set opens like the tricorder from the original series, and includes everything you need to play Star Trek Adventures! Featuring updated original era layout and art throughout, this digest-sized boxed set is as charming as James T. Kirk and as practical as Spock!