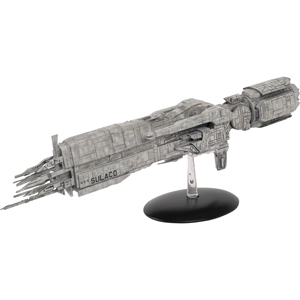 The U.S.S. Sulaco was the thirteenth Conestoga-class troop transport ship used in the investigation of the Hadley's Hope colony on LV-426. Its haggard look was due to the ship being too tough and valuable to scrap, hence many parts were repaired rather than replaced with new machinery. It was described as a floating scrap heap but purely functional as it carried out its mission in hyperspace.