by Trick or Treat Studios LLC 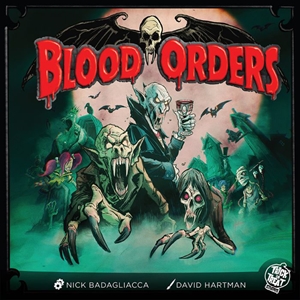 In Blood Orders, 2 to 4 opponents will each take on the roles of powerful but disgraced vampires, exiled from a centuries-old order and hoping to build a new underground kingdom of their own in an unfamiliar city. Players will visit locations in disguise to gain resources, perform arcane rituals, and hypnotize the citizenry...but most importantly, they will turn hapless victims into fresh, bloodthirsty vampires under their command!