Seekers Beyond the Shroud 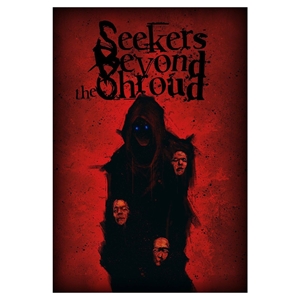 Seekers Beyond the Shroud is a single-player tabletop RPG immersing the player into a world of occult societies battling for power and magicians performing arcane rituals and sealing pacts with spiritual entities exploring a hidden reality from their underground base in modern day London, UK. They align themselves with different occult orders and secret societies, learn the mysteries of Alchemy and Ritual magic, master spells and astral traveling, and ultimately command a host of spirits to take over both the physical and the spiritual worlds.

Using a free-form, skill-based character creation system, you create your adept and explore countless locations: from the astral planes to abandoned complex, ruins and even secret sanctums—all filled with randomly generated events, enemies and discoveries. With dozens of tables generating your expeditions and missions, you never have the same gameplay experience twice!

From your headquarters at the Omphalos, you may pact with different entities, gain their power, learn powerful magic and defeat enemies of the orders within the Omphalos ensuring the stability of the magical underground. All this comes at a cost and if you are not careful, dealing with forces beyond human comprehension will drive you to insanity, death or, even worse, the loss of your very soul.