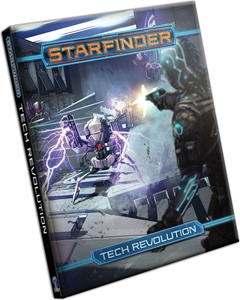 Command the galaxy's cutting-edge technologies so sophisticated that they rival magic itself! Outfit yourself with the latest and greatest new weapons, armor, and other gear, from high-power explosives to alien relics that surpass conventional science. Or incorporate technologies directly into yourself, whether you're installing advanced cybernetic augmentations or playing Starfinder's newest class: the nanocyte, whose body hosts an army of robotic nanites that obey her commands!