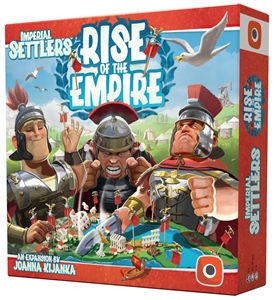 This time rather than adding new factions it comes up with a meta-expansion that ads a completely new layer to the game by introducing an open-world campaign setting. With the Rise of the Empire expansion your empire will advance from game to game reaching new eras, goals, technologies, discoveries and provinces.

What’s important you don’t need a set group of co-players to play the campaign as each empire can develop individually and represent different stage of advancement.