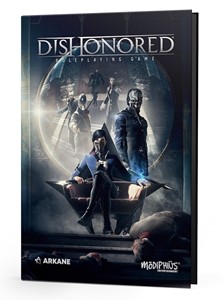 In Dishonored: The Roleplaying Game, players delve into the turbulent Empire of the Isles, to tell stories of occult lore, intrigue and drama. The Dishonored Corebook contains all the rules and background information you need to kickstart your adventure.