This War of Mine: Days of the Siege Expansion 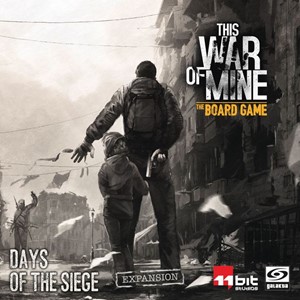 In Days of the Siege players are engulfed in an open conflict happening inside the city. The days of siege are over -- rebels have decided to infiltrate Pogoren and engage the occupying forces in the last desperate attempt to take over the city. During three intense acts of the campaign players will have to find a way not only to survive, but also to tackle the chaos and brutality of war. Additionally, the module featuring children will enable players to take their experience to a new level, while new Locations will enrich every Scenario and Campaign from the base game.