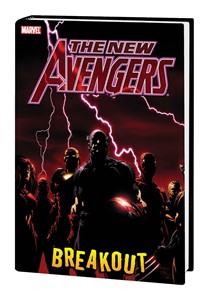 Continuing the series of graphic novels handpicked by Marvel Editorial to showcase pivotal storylines written and drawn by some of Marvel's most acclaimed creators! The Avengers have been disassembled - permanently! Now a shadowy villain seeks to take advantage of a world without its mightiest super team. But when a massive villain breakout occurs at the maximum-security prison known as the Raft, Captain America and Iron Man are reunited, together with relatively unfamiliar allies - Spider-Man, Wolverine, Luke Cage, Spider-Woman and the hugely powerful Sentry! Can this unlikely group be persuaded to stay together to form a new roster? And will they be strong enough to fight the mysterious forces at play around them? Brian Michael Bendis and David Finch's blockbuster 21st-century reinvention of the Avengers begins! Collecting NEW AVENGERS (2004) #1-6. Rated T