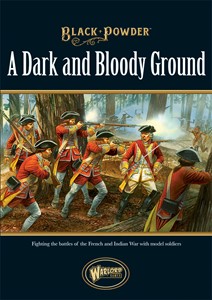 Fought between 1754 and 1763, the French and Indian War saw the French and British empires fighting for dominance of Canada and North America. The European armies had to overcome harsh weather conditions and the equally unforgiving wilderness before fighting battles and skirmishes in which little quarter was asked for or given.

Inside this book, you will find a complete history of the conflict with details of every major battle fought between the two sides. Also included are details of the uniforms, organisation and commanders of the European armies, their colonial regulars and militias, and the various Native American tribes that supported or opposed them. Scenarios are provided for many of the battles of the war along with suggestions for campaign games.

A copy of the Black Powder rulebook is required to use this supplement.