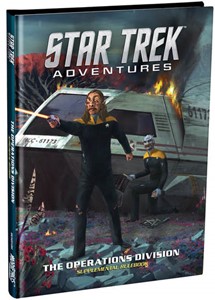 "I think this new ship was put together by monkeys. Oh, she's got a fine engine, but half the doors won't open, and guess whose job it is to make it right?"