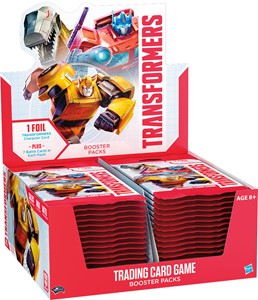 The Transformers TCG is a fast-paced trading card game for 2 players. Build a team of Transformers Character Cards and a deck of Battle Cards, and then jump right into battle!