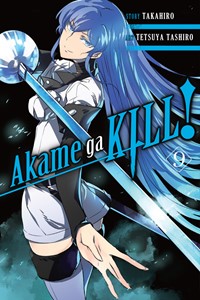 Red is the new black in this bloody, action-packed series about a group of righteous assassins! Mine is starting to realize her feelings for Tatsumi while Najenda has hardened her resolve for the decisive battle. With all kinds of emotions running through their hearts, the members of Night Raid storm the cathedral. But the one to intercept them is none other than "the Empire's strongest" - Esdeath!