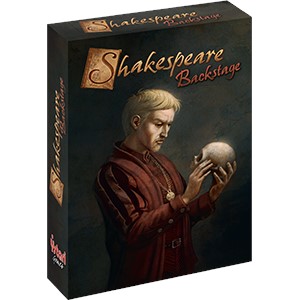 Take to the stage in Shakespeare: Backstage, the first expansion to the game of costumes, scripts, and sets. Not only does the expansion add new objective and actor cards to the game, but also introduces new gameplay opportunities. Backstage cards allow players to utilize unwagered cylinders by placing them on the deck and spending them on special abilities, such as placing fewer rest tokens, adding extravagant hats to actors, or increasing ambiance in the theater.