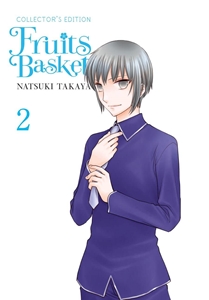 Written and illustrated by Natsuki Takaya

When she was living in a tent pitched on the Sohma family's land, Tohru Honda's primary concerns were dirt and slugs. But now that she's living with the Sohmas, she's gotten a crash course in magical powers and ancient curses! And as if keeping the Sohma clan secret wasn't bad enough, Tohru has to work overtime to prevent all the jealous girls from finding out that she's living under the same roof as the school prince, Yuki, and the school hothead, Kyo! What new drama will Valentine's Day bring into Tohru's life?