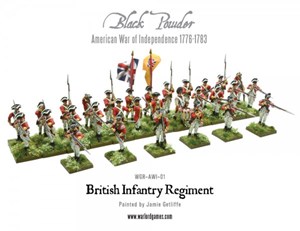 The British Redcoat of the Revolutionary War was part of a small but well-trained army, stretched all over the emerging Empire. Most of England’s gold went into maintaining a giant and hugely effective Royal Navy to dominate the seas.