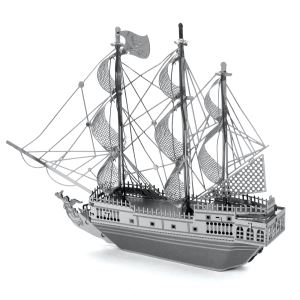 There once was a real ship named Black Pearl captained by Henry Morgan, one of the world’s most notorious pirates. The Black Pearl which first sailed in 1669 fought many battles; the most famous of which was an invasion in Panama in 1671. The following year Captain Morgan was put in prison in England. Years later he returned to Jamaica as a judge and governor. Henry Morgan died in England in 1688 after a long illness.