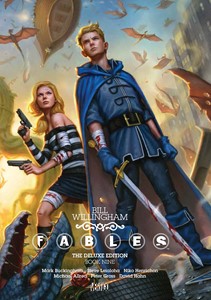 The final battle between the free Fables of the mundane world and the Empire occupying their former Homelands is here, in these tales from issues #70-82! The creatures of myth and fairytale lore have assembled together to finally face the Adversary and his hordes. But victory will not come without a price - who will live and who will die for the fate of the Homelands?