Darkstar and the Winter Guard #2

an issue of Darkstar and the Winter Guard by Marvel Comics 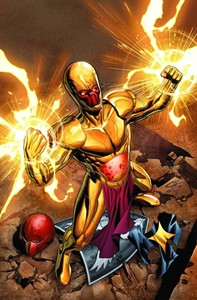 NM Price:
$3.99
Release Date:
7/7/2010
Issue not yet rated - You rated this a 0
Previous Issue Next Issue
Issue description
Writer: Steve Ellis David Gallaher
The mini-series YOU demanded continues at a harrowing pace as forgotten teammates return to the fold and an ancient threat is reborn! Who are the Protectorate? Why do they hate the Winter Guard? What secrets are they keeping that could mean the end of The Winter Guard - and Russia as we know it? And -- The Presence makes a move! The Harvey Award-winning team behind 'High Moon' brings you more tales of the greatest super heroes Russia has ever known!