an issue of Astounding Wolf-Man by Image Comics 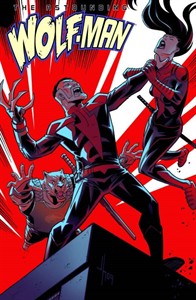 NM Price:
$2.99
Release Date:
8/11/2010
Issue not yet rated - You rated this a 0
Previous Issue Next Issue
Issue description
Writer: Jason Howard Robert Kirkman
'LEGACY,' Part Four Gary Hampton has had to endure so much pain and death since he first became the Astounding Wolf-Man - more than any man should be expected to take. Now Zechariah has his daughter and this isn't going to be pretty. This issue has an ending you won't believe - all leading to the monumental 25th issue!