an issue of Gears of War by DC / Wildstorm 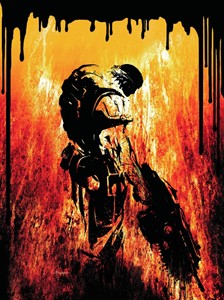 Issue not yet rated - You rated this a 0
Previous Issue Next Issue
Issue description
Writer: Joshua Ortega
A popular element in the Xbox 360 smash Gears of War 2 are the collectibles describing the tragic end of Sgt. Jonathan Harper. A nine-year veteran Gear, he was captured by the Locust during the assault on the Hollow. Eventually managing to escape, he was able to help a family reach the surface before succumbing to his wounds. The full story of this heroic, selfless soldier is finally told!