an issue of Alias: Black and White by Antarctic Press 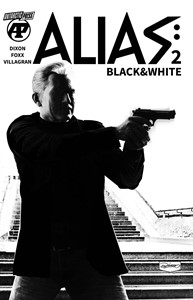 Cover Price:
$3.99
Release Date:
Late
Issue not yet released
Previous Issue Next Issue
Issue description
Writer: Chuck Dixon
Artist: Todd Fox
Antarctic Press makes a name for itself with the return of this '90s crime drama (unrelated to either the later Marvel comic or the espionage TV series) from longtime Batman writer Chuck Dixon. FBI agent Neal Mathis is convinced that a string of seemingly unconnected murders is actually the work of the same man.