an issue of Cinefex by Other Manufacturer 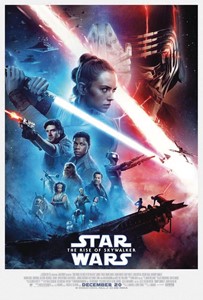 NM Price:
$12.50
Release Date:
2/19/2020
Issue not yet rated - You rated this a 0
Previous Issue Next Issue
Issue description
Cinefex is celebrating its 40th anniversary with this issue, and we mark the occasion with a number of very special features! The issue will include one-on-one interviews with the most prominent directors of the past 40 years, as well as an exhaustive round-table discussion about the future of visual effects with a slew of Oscar-winning visual effects supervisors. The original Star Wars saga helped to catapult Cinefex into existence 40 years ago, and so it is fitting that this issue also includes extensive coverage of The Mandalorian and Star Wars: The Rise of Skywalker! Cinefex and Star Wars - a marriage made in A Galaxy Far, Far Away!