an issue of Black Panther (2018) by Marvel Comics 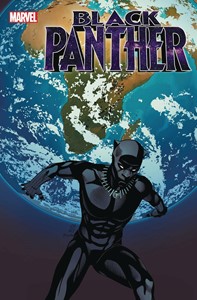 NM Price:
$3.99
Release Date:
11/27/2019
Issue not yet rated - You rated this a 0
Previous Issue Next Issue
Issue description
Writer: Ta-Nehisi Coates
Artist: Chris Sprouse
THE INTERGALACTIC EMPIRE OF WAKANDA - TWO THOUSAND SEASONS part 6 - LEARN AT LAST HOW THE KING BECAME A SLAVE! For months, you've been waiting to find out how T'Challa went from the king of Wakanda to the slave of an empire. Finally witness his fall from grace - and the rise of an enemy now poised to spread his empire to Earth. Rated T+