an issue of Black Bolt by Marvel Comics 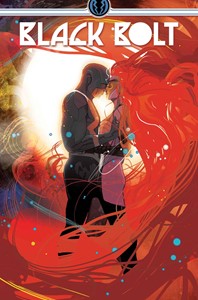 NM Price:
$3.99
Release Date:
4/4/2018
Issue not yet rated - You rated this a 0
Previous Issue Next Issue
Issue description
Writer: Saladin Ahmed
Artist: Christian Ward
THE MIDNIGHT KING RETURNS TO EARTH FINALE! A former queen's promise to her former king. Medusa swore to find Black Bolt, and she has - but will she be in time to save him? Voiceless and betrayed, the former ruler of the Inhumans faces a darkness he thought he had put behind him. But he won't face it alone. Old friends. Reunited lovers. A son and a new daughter already lost. Black Bolt faces his penance with all he loves by his side.