an issue of Joan of Light & D'arc by EMET Comics 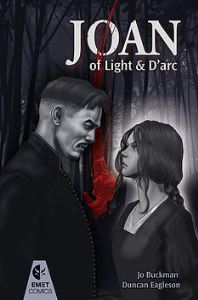 NM Price:
$4.99
Release Date:
2/3/2016
Issue not yet rated - You rated this a 0
Previous Issue Next Issue
Issue description
Writer: Jo Buckman
Artist: Duncan Eagleson
Gilles de Rais was a French nobleman and commander in the royal army. He fought alongside Joan of Arc in 1429 against the English and Burgundian allies, and the two were believed to be close comrades. Nine years after Joan was burnt at the stake for heresy, Gilles was accused, convicted and hung for the mass murders of children in horrifying satanic rituals. This is the story of their friendship.