an issue of Batman: Jekyll and Hyde by DC Comics 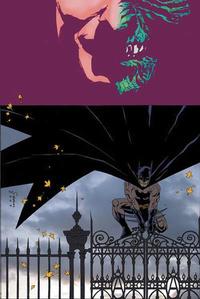 NM Price:
$2.99
Release Date:
4/20/2005
Issue not yet rated - You rated this a 0
Previous Issue Next Issue
Issue description
Writer: Paul Jenkins Jae Lee
“…man is not truly one, but truly two.”
— R.L. Stevenson, The Strange Case of Dr. Jekyll and Mr. Hyde

JEKYLL & HYDE is a story of duality that examines how one man can seemingly harbor two souls, each bent on the other’s destruction. But who is more honest: the man who acknowledges his dark side or the man who suppresses it?

Don’t miss this terrifying tale of Two-Face’s past and present, as he battles with himself — and the Batman! For a signed edition, see the Dynamic Forces of Previews