an issue of Dead Romeo by DC Comics 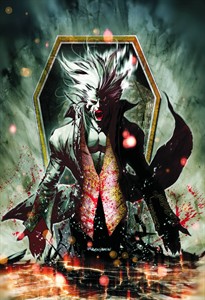 NM Price:
$2.99
Release Date:
4/1/2009
1 rating - You rated this a 0
Previous Issue Next Issue
Issue description
Writer: Ryan Benjamin Jesse Blaze Snider
Jonathan Romero, aka 'Dead Romeo,' was the lead singer of the '80s rock band 'The Dead Romeos.' But that was before a mysterious set of circumstances turned him into a vampire and sent him straight to Hell. Now he's back on Earth and he has a difficult choice to make: Kill his true love and earn his permanent release from eternal damnation - or protect her and burn for eternity. Either way, someone is going to die!