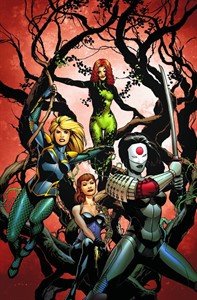 Issue description
Writer: Jesus Saiz Duane Swierczynski
One is wanted for a murder she didn't commit. The other is on the run because she knows too much. They are Dinah Laurel Lance and Ev Crawford - a.k.a. Black Canary and Starling - and together, as Gotham City's covert ops team, they're taking down the villains other heroes can't touch. But now they've attracted the attention of a grizzled newspaper reporter who wants to expose them, as well as a creepy, chameleon-like strike team that's out to kill them. Don't miss the start of this hard-hitting new series from mystery novelist/comics writer Duane Swierczynski.