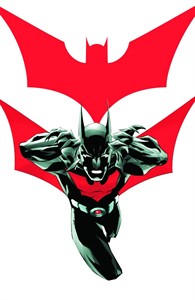 Issue description
Writer: Adam Beechen Ryan Benjamin John Stanisci
Yep, you read that right - the future of the DC Universe continues, as BATMAN BEYOND becomes an ongoing series! Terry McGinnis and Bruce Wayne are stronger than ever after the battle with 'Hush' brought their alliance close to the breaking point. But now a super-powered criminal has gotten in way over his head - and the whole Justice League has come to Neo-Gotham to hunt him down! To top it all off, the crook's taken hostages... including Terry's mom! It's the start of a story that will change Terry's life - and the BEYOND universe - forever... so don't miss out!