an issue of Batman Beyond by DC Comics 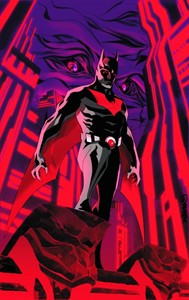 Issue description
Writer: Adam Beechen Ryan Benjamin
Terry McGinnis - the Batman of the future - and an elderly Bruce Wayne - the original Batman - are the sworn protectors of Neo-Gotham. But when someone targets The Dark Knight's old foes, the new Batman must begin a case that reaches back into Bruce Wayne's past and puts Terry's future directly in danger! Don't miss the long-awaited return of the popular Batman Beyond franchise in this 6-issue adventure from Emmy Award-nominated animation writer Adam Beechen (Batman: The Brave and the Bold) and artist Ryan Benjamin (BATMAN & THE OUTSIDERS). And be sure to check out the SUPERMAN/BATMAN ANNUAL #4 from writer Paul Levitz and artist Renato Guedes starring the Batman Beyond characters!