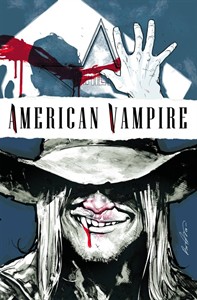 Issue description
Writer: Rafael Albuquerque Stephen King Scott Snyder
It's been nearly 20 years since notorious outlaw Skinner Sweet was buried on boot hill. But when a group of grave-robbing collectors of Western memorabilia uncover his final resting place, they find much, much more than they bargained for. And: Pearl Jones was attacked and left for dead by a cabal of powerful Hollywood vampires. Now, a mysterious stranger comes calling and Pearl gets a second chance at life - and at revenge.