Angel: After the Fall #6

an issue of Angel: After the Fall by IDW Publishing 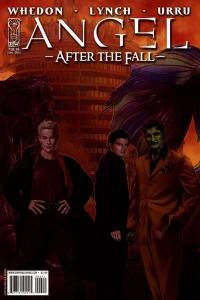 Issue not yet rated - You rated this a 0
Previous Issue Next Issue
Covers of Angel: After the Fall #6

Issue description
Writer: John Byrne Sean Galloway Brian Lynch David Messina Stephen Mooney Andy Schmidt Joss Whedon
First Night begins! What happened on the very night Los Angeles went straight to hell, the incident that ended the Angel television series with such a shocking cliffhanger? Why did the team go their separate ways? And how did Connor rise up to become one of Hell's greatest champions? This first issue of a two-part series-within-a-series has the answers you've been waiting for! By Joss Whedon, Brian Lynch and a host of comic's greatest artists, including John Byrne, Sean Galloway, David Messina, and more!