an issue of Charismagic (2018) by Aspen Entertainment 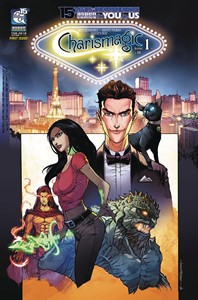