an issue of Think Tank by Image Comics 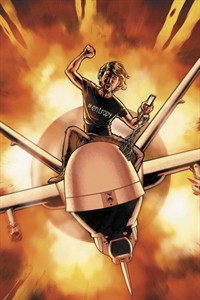 Issue not yet rated - You rated this a 0
Previous Issue Next Issue
Issue description
Writer: Matt Hawkins
Artist: Rahsan Ekedal
The conclusion to the first arc of THINK TANK! Dr. David Loren, slacker genius, must escape the most secure facility in the world and then escape from Fort Meade in the heart of the Washington DC power corridor. The ultimate story of brains versus brawn and a commentary on America's so-called exceptionalism and military industrial complex. 'THINK TANK grabs you from the very beginning and has you begging for more by the end. A great introduction to a new character and a new world. A must-have for anyone who wants something cool... and who doesn't want that?' - ROBERT KIRKMAN (THE WALKING DEAD, THIEF OF THIEVES, INVINCIBLE)