an issue of After Earth by Dynamite Entertainment 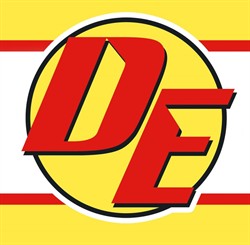 NM Price:
$3.99
Release Date:
10/17/2012
Issue not yet rated - You rated this a 0
Previous Issue Next Issue
Issue description
Writer: Michael Jan Friedman
Artist: Bennie Lobel
The official prequel comic to the upcoming film, After Earth, starring Will Smith and Jaden Smith. Hundreds of years after humans fled Earth to escape its toxic atmosphere, the remaining survivors colonize a remote planet and begin to rebuild civilization - but the society they create suffers from deep divisions, with scientific innovators and spiritual leaders often at bitter odds. Even worse, humanity has come under assault by a mysterious alien species, and mankind must band together to protect their new homeworld. Written by Michael Jan Friedman and Robert Greenberger with artwork by Beni Lobel (G.I. Joe: Cobra, G.I. Joe: Snake Eyes).