an issue of All Star Western by DC Comics 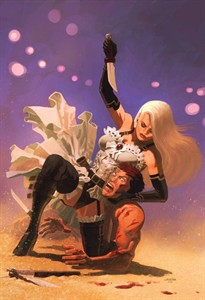 NM Price:
$3.99
Release Date:
4/25/2012
Issue not yet rated - You rated this a 0
Previous Issue Next Issue
Issue description
Writer: Justin Gray
Artist: Moritat
Amadeus Arkham has been arrested in a New Orleans opium den! Jonah Hex has joined an anarchist group called the August 7! Nighthawk and Cinnamon are nowhere to be found, and they're the ones who dragged Hex and Arkham into this conflict in the first place! But someone must have a plan, right? Right?? Plus: Being trained by a samurai in the desert might have been a strange beginning for a cowgirl vigilante, but Nighthawk and Cinnamon are in for an even stranger twist as they search for a way out of this trap!