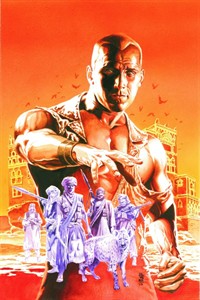 NM Price:
$3.99
Release Date:
12/8/2010
Issue not yet rated - You rated this a 0
Previous Issue Next Issue
Issue description
Writer: Brian Azzarello Ivan Brandon Nic Klein
Doc's adventure in the war-torn Middle East takes a nasty turn when he realizes that the people who sent him into the Zone don't necessarily want him coming back out. Meanwhile, the threat he came to neutralize is not what it seems! And in the JUSTICE, INC. co-feature, there's nothing standing between Smitty and his quarry, the murdering scum he plans to pay back in kind - but what will become of him if he breaks Benson's cardinal rule? 'Murder and Vengeance' concludes here!